Building A Cross Toolchain For The Raspberry Pi, Using crosstool-ng¶

Why This Article? Why Not Use A Prebuilt Toolchain?¶

Prebuilt toolchains may work for C, but I failed to find one that works for C++. The amount of work that I invested in finding one was, in my opinion, totally wasted. Building a toolchain yourself is not at all hard, provided that you bring basic Linux understanding (which you should if you program for it).

In my opinion (please given me feedback), this article describes the most close-to-correct way to build a toolchain for a target that does not come with a toolchain. Although I describe the situation for the Raspberry (because that was my primary intention), it will sure work for any target.

Below is a writeup of how I installed crosstool-ng (running Fedora, I chose to install from a released tarball) . Please read through their installation documentation for your particular situation.

crosstool-ng requires one to install a number of packages first. Thankfully, they do thorough testing in Docker, and the list of dependencies can be taken from the Docker file for your OS (see here).

I chose to install from a release tarball (here); current version as of this writing is 1.25.0.

You may want to add this to ~/.bashrc¶

Test if all is well,

ct-ng toolchain build configuration works a lot like the Linux kernel’s configuration system (a little less elaborate though). There are a number of base configurations to choose from (we need a Raspberry config), and, having chosen one, you can tune it to your needs.

Base Configuration For The Raspberry¶

Mine is a Pi 4, still running the (still default) 32 bit version, so I create a .config file for that,

Executables built by your toolchain won’t work if the toolchain links against a C library whose version is higher than what is present on the target. Continuing with the above default configuration, and just saying ct-ng build will likely result in an error 3:

Background is that glibc employs ELF symbol versioning a lot. Key point is that an executable which links against version, say, 2.34 (which is the ct-ng default), will require the symbol GLIBC_2.34 in the C library, and fail to load if the target glibc version is, say, 2.28 1. That version obviously cannot have GLIBC_2.34, so the executable cannot load.

Find out location of glibc, 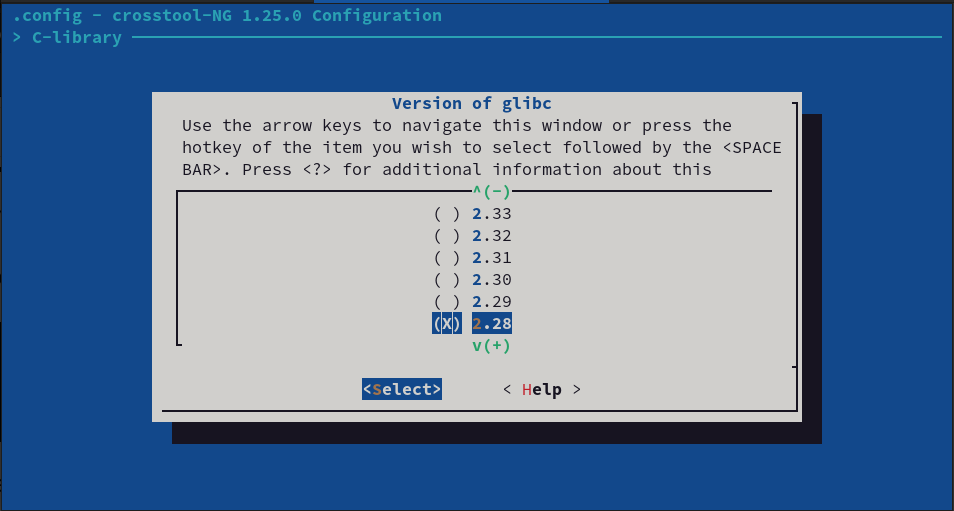 Minor quirk: version 2.28 does not build without warnings, so one has to disable -Werror during its build, 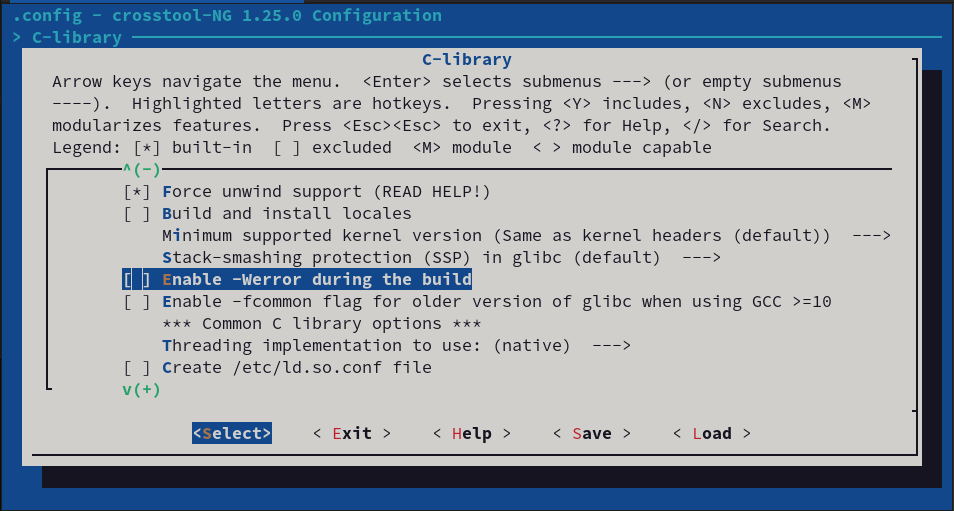 This is as simple as saying,

I tested the toolchain from a number of viewpoints that I describe below.

Check for availability of libc.

Check for availability of libstdc++.

Check for availability of libpthread.

The toolchain is fully relocatable. Although $HOME/x-tools/armv8-rpi4-linux-gnueabihf/ contains the cross toolchain together with the sysroot, even if you move it around it will remain self-contained.

Pack it into an archive,

I hope I could help you with this article. Share it if I could, or, if I couldn’t, feel free to send me an email explaining why.

Either way: cross development is not easy, given the huge number of dependencies between target libraries. This is a rather complex and fragile thing, and there are sure better ways to do cross development than the one that I describe here. Ideally, a target vendor (in our case, the guys who create Raspberry Pi OS) would release an SDK that developers could install, and that contained all that is necessary to do cross development. This would be the toolchain and associated basic runtime libraries (described here), and the entire sysroot of the target.

Creating such an SDK is the job of higher level tools like Yocto or Buildroot - but this is another story.

That describes the situation that I encountered; yours might be a little different.

You change the installation prefix by setting the CT_PREFIX environment variable prior to building,

As of this writing, ct-ng chooses the GNU C Library version 2.34. Your situation might be different, the principle remains the same.